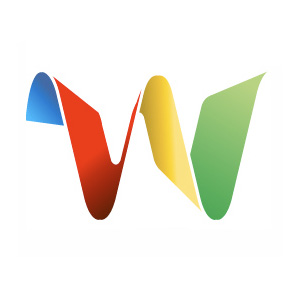 I am among the "fortunate" users (or better testers) of Google Wave preview (thanx Radu!). Nowadays, there must be many Wave users around...

After so much hype, I am feeling skeptical about Google Wave.

First of all, it is not a compelling technology: does not fill any gap. Google made us familiar with products that came at the right moment to solve compelling problems. Google always did it very efficiently. But now it seems quite different. If conversely, Google is trying to create something new, then Wave does not feel as something new or dramatically different. I have the feeling that somebody is telling me: look, watch what we can do with current web technology! Isn't this amazing or miraculous?

Second, it is not "simple" (in the Google's sense): it is not just about features; it is more about usability. The Wave client present itself as a kind of white canvas where you are expected to do something. But you don't know what to do. Well, there are many functions that remind us familiar applications such as e-mail, IM or social networks. But in what Wave is different or similar to them, is hard to tell. Shall I use it as e-mail, as a chat, as a wiki? Any old familiar usage I choose would make Wave overshooting. The feeling is that you end up thinking: "so what now? I could do the same with XYZ".

Third, it is an early beta product. It does not crash, but many menu funcions are grayed. Something appears and something else disappears... I understand that it is a preview, but we are accustomed with the Google's quality of beta products (e.g. GMail). If I look at Google Labs prototypes, the quality is much better. I also noticed a new way of promoting products: Wave has been announced long before its release as a "revolutionary" technology. It should not be Google in saying this. This should emerge from its usage as it has been the case for Google Search. This approach is more similar to European practices in innovation where great headlines appear long before the start of a project and whose results always deceive expectations (e.g. the Quaero search engine).

So, far the above are, I would say, "minor issues". The main problem is to understand what Wave actually is.

I asked myself two questions:

1. Is Google Wave a substitute of asynchronous Internet communication?
2. Is Google a collaborative technology (such as Wikies or Blogs)?

For question 1, of course there is persistence in the (possibly asynchronous) Wave conversation. But also real-time: synchronous conversations. But you are not free to choose! If you write a message in a wave and some participants are online, they will see you typing (or interacting with a widget). Is this something that people really want? When I need to interact synchronously, I use IM or Skype. If I use e-mail or discussion forums it is because I don't want to interact in real-time with the recipients.

For question 2, what kind of collaboration is enabled by Wave? Threaded discussions are nice, but they already exist in various forms in discussion forums (e.g. USENET newsgroups) or in even certain CMSs. The real difference here is that you can "discuss" in real-time and possibly hide some piece of discussion to some participants.

For what I can understand for the first impressions, I think that the Wave client is misleading. The client is hiding the potential of the Wave platform. Wave is a protocol and a client-server technology. When a Wave server is running, any client application can interact with it through APIs. This means that anybody could design a different client for interacting with Waves. If this is true, Wave makes much more sense.

For instance, one can imagine applications that combine not just Wave technology but any other Internet technology such as VoIP or social media. Waves become containers of content that can be exchanged between people both synchronously and asynchronously, in a transparent way.  Moreover, Wave robots can participate to the interaction and provide additional services. (By the way, Robots remind me IRC's bots that could read the incoming messages and react accordingly).

What I expect from Google is to provide us with some compelling use cases for Wave. Not just fancy demos of two maps that can be moved at the same time, but real collaboration scenarios.

It's always someone else's fault...

I urge to express my opinion on what I think is the most spread attitude in the world. I notice everyday that people (unfortunately including myself) tend to look for external causes of unpleasant events and situations. It is a pervasive phenomenon: in politics, in family, at work, basically everywhere!

That's not the way it should be. We should try to look at ourselves first, and consider our share of responsibility in bad situations. This doesn't mean that we are the sole responsibles: that would be the opposite extreme. But, what if we recognize that we are, to some extent, contributing to what we don't hesitate to blame? Even if we are not directly responsible of some mistakes, we can never be sure that we did not contribute (even minimally) to them.

One common example, which I believe this kind of intolerance spans from, is family. Family is often the sandbox of intolerance where members train themselves to blame each others. The first reaction when something wrong happens is to find the culprit... Why we don't just try first to calm down and find a solution by assuming that we are all equally responsible for what happened. After all, one could say: if you did not cause the problem, at least you did nothing to avoid it!

Do I have a cure for this disease? Yes, I do. Well, it's very simple measure but hard to put in practice. It needs a lot of effort and good will. We must change attitude towards people near us. We need to admit that we are responsible in a way or another and we need to help each other to find a solution. We need to step back and change perspective and attitude: from inquisition to understanding.

Don't get me wrong. This does not mean that we have to forgive who committed wrong actions or crimes. It's just that we should try not jumping at conclusions that have as the only goal to save ourselves. We are all in the same boat!

Finally, I write this because I realize that it is this attitude (a kind of  unjustified rage against the others) that is causing most of the problems I had, have (and will have) in my life. We cannot change the world if we don't change ourselves first. The first step is admit and take our responsibilities. The next step... I don't know. Maybe this would be just enough.