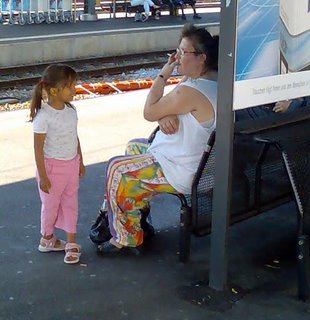 I hope that this picture will trigger some reflection about the danger of passive smoke for children (and people in general) and I encourage to circulate it on the web.
Pubblicato da Vincenzo Pallotta a 9:23 PM